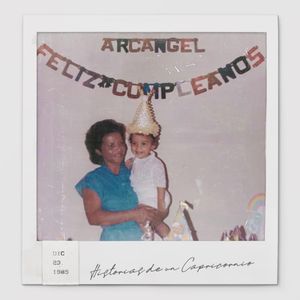 Latin Trap star Arcángel dropped his sixth studio album HISTORIAS DE UN CAPRICORNIO  just days before his 34th birthday. The project’s album cover includes a photo of him as a baby on his birthday with his grandmother.

“Wishing to go back and change anything from my past would be disrespectful to God,” he wrote on his Instagram. “I am everything He wanted me to be and I will continue doing what He wants me to do. I am a transparent person with a pure and noble heart.”

“I was happier when I was poor than when I started getting money,” Arcángel told Apple Music about what motivated “Mi Testimonio,” the first track off the project. “When I recorded that song, I was very depressed,” he said of the album opener which features phone recordings with his son, his mother, and one of his best friends. “This is the most important track on the whole album.”

Stream the album below:

Latest posts by yayainthecity (see all)