NBA YoungBoy continues to prove to be a force of nature at just 20 years old. Hedging onto his momentum, the Baton Rouge rapper has touched down with his Still Flexin, Still Steppin album with Lil Top standing out as the most popular track. It marks his first full-length outing of the year and has already made a considerable impact since its arrival on Friday (Feb. 21). It’s with good reason as the young emcee has been pegged as one of the top streamed artists on Youtube’s platform. Such a ranking will come in handy as first-week sales projections have Still Flexin, Still Steppin clocking in at a potential No. 2 slot on Billboard’s 200 Albums chart next week. He’ll likely have to concede to K-Pop group BTS’ Map Of The Soul 7, which arrived this week as well.

You can stream the 14-track project here: 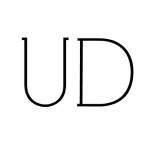